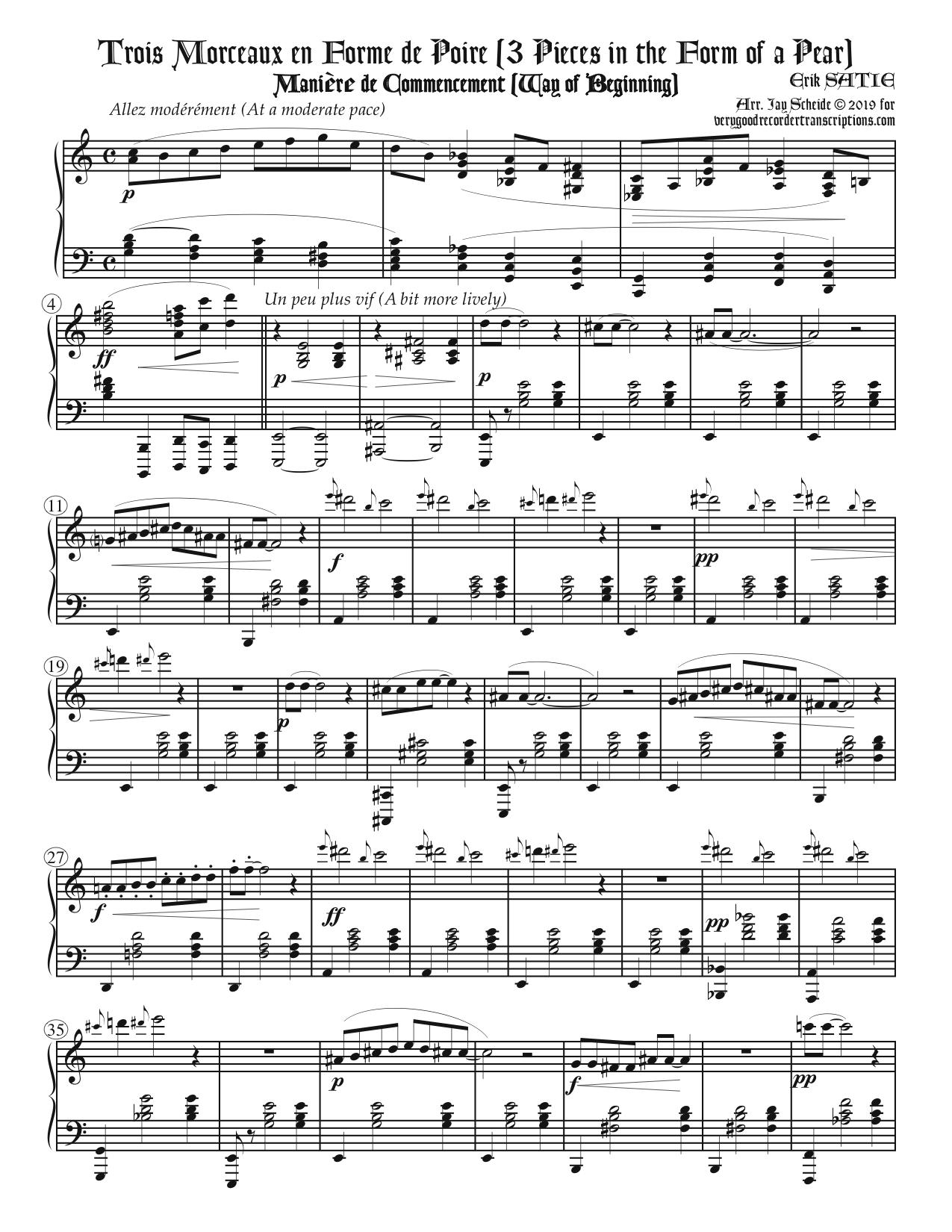 This number, called “Manière de commencement” (Way of beginning) in the original four-hand piano piece has been called Gnossienne No. 7 by many, owing to its close similarity to the style of Satie’s 6 Gnossiennes. Also of note, in mm. 2 and 3 appear famous chords in succession from yet other Satie works. First, an unusual chord of two superimposed 6/4 chords that opens the 2nd Act of Le Fils des Etoiles at the exact same pitch, followed immediately by one of the pathbreaking chords in fourths from the opening Prelude. Next comes a ninth chord not dissimilar in spacing and function from some of those in the 1887 Trois sarabandes that may be considered the very beginning of what we call modernism. Thus, this piece constitutes an extraordinary type of musical autobiography, one that few have ever noticed, especially since the four-hand piano format does not align these chords for the eye, but that we can now see in this arrangement.