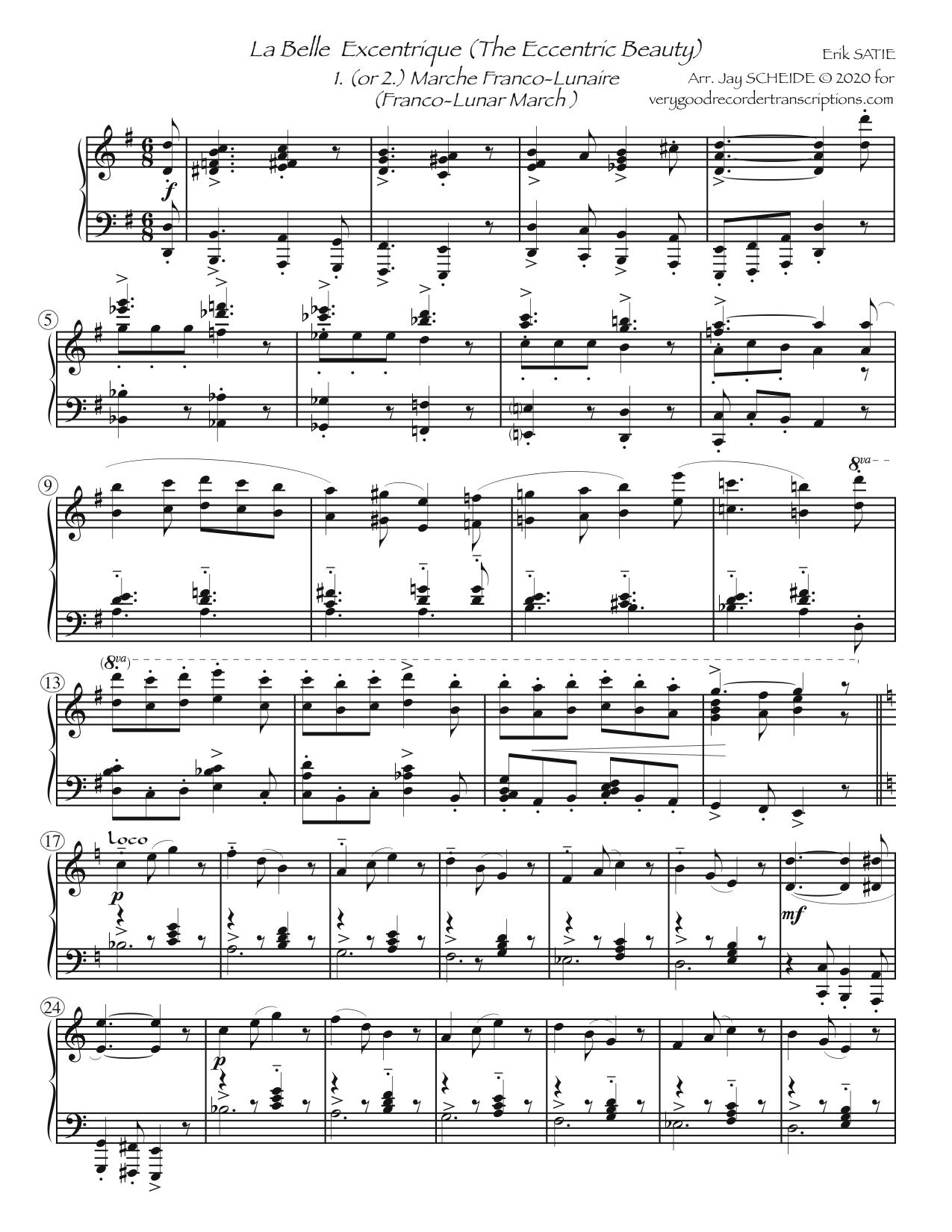 The “Marche Franco-lunaire,” the “Grande Ritournelle,” “La Valse mystérieux dans l’oeil”, and “Cancan grand-mondain”, originally for piano four-hand and alternatively for small orchestra. There have historically been two different orders for this piece, so these may be played in either order. At first, the Grand Ritournelle was meant to fill the time when the eponymous dancer changed costume, interspersed between the other three numbers, but then it was decided to keep the same costume, so that the Grand Ritournelle was placed at the start only. Revised 9.20.20.